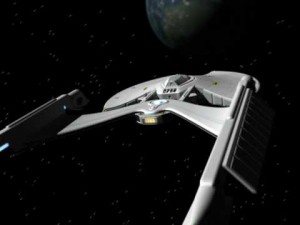 SO for those not interested in a long text read – we’ve updated (what I HOPE will be) the final adjustments to the Akyazi set of Perimeter Action Ships – the Akyazi, Arbiter and Akula. Jump on over, take a look and feel free to comment on the Facebook page.

On to the “long text read”…

Anyone who has ever tried to create these ships would most likely be sitting next to me at the bar downing something STRONG after pulling their hair out! The three ships are so non-FASA in their design and size that they have been tweaked over and over in a long list of attempts to create a workable design. Yet their look and mission are so cool that they just beg to be designs – and designs right!

The first – and probably most challenging issue with these ships are their size. FASA placed a significant emphasis on the “hero” ship – the Constitution and Enterprise classes. The Akyazi’s light classification of Class VI is – to say the least – underwhelming. There is limited equipment, limited firepower and limited capability at this light a class. Klingon destroyers are one of the few ships at this class that “work” and even those are a little -eh. The Federation – ugg!

This forces a ship designer to look at the posted weight and the possibilities associated with a Class VI. Do you just make it heavier? Do you live with the extremely underwhelming nature of the class VI? Do you make special equipment or special allowances? I gotta tell ya that we’ve tried ALL THREE of these ideas over the years – with differing levels of success.

However, we recently decided to try one last time – and I think we’ve got a winner. Calon added a few details that we’ve been able to exploit to create a ships that fits his idea/descriptions without having to go too far outside the FASA universe. The Akyazi class is SUPPOSED to be a powerhouse of firepower packed in a tiny space. We decided to try and make a ship that could take on two D-7m’s with a real chance at success.

The first exploit was the fact that there was a main compute and an engineering computer. This allowed us to use two M-2’s to create sufficient WDF to make the Akyazi class even viable. While we try to avoid this – defiantly in the TOS and TMP eras – it was just something we had to do to move to the next step.

The second issue was the power. Federation class VI ships are just under-powered when compared to larger ships. Luckily, Calon again unknowingly came to the rescue with an “emergency” impulse drive. This allowed us to add a second impulse drive almost exclusively for power. Over the years we’ve talked about batteries, backup generators etc. in attempts to create some way to get enough power for these (and other) ships to be viable in combat – but again – we try and not work outside the lines too much if we can avoid it. While a special set of equipment would have made it simpler, we finally agreed to keep it in the family and ended up with a moderate amount of power.

Once these two major hurdles were overcome – the rest was the usual adjustments and tweaks…switching the phases here and there, stronger torpedo or weaker and better phasers, heavy shields…or lighter so stronger guns. Back and fourth over the past few months until we finally arrived at the design you see today!

While a heavier ships or the use of specially created equipment would make the design more dangerous – I think these final designs are viable and will play well! Feel free to try them out and let us know how they work.