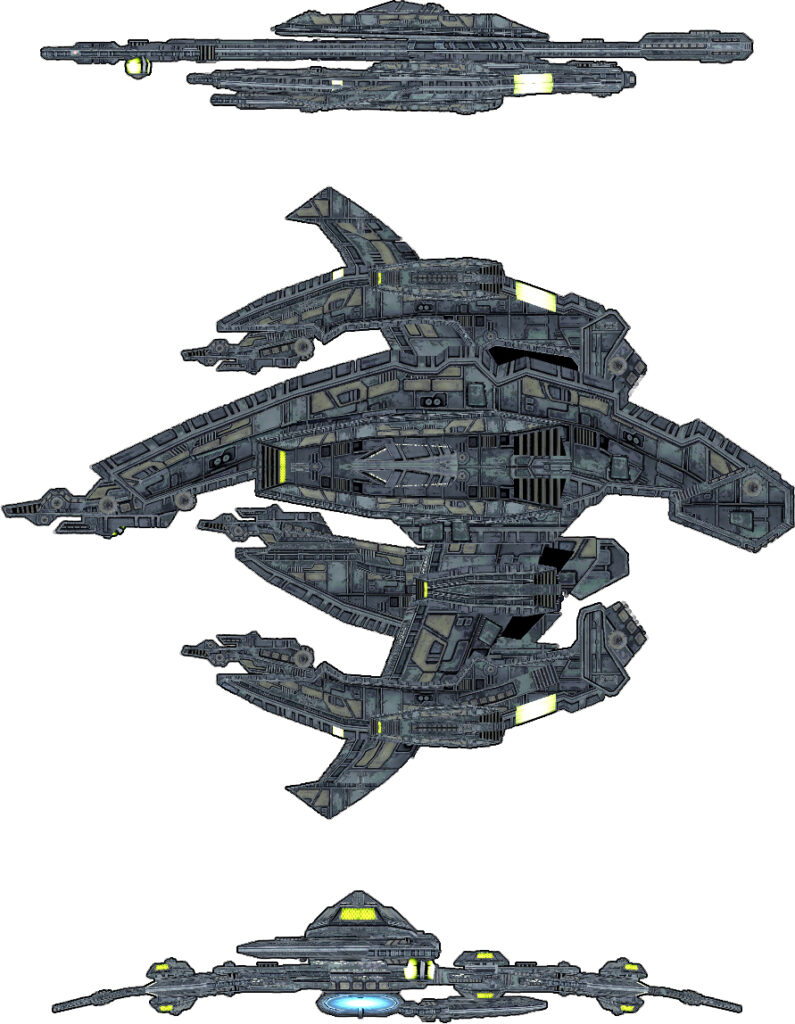 The power drain will disable any armed weapons (beam & torpedo weapons), then reduce shields and finally reduce any power allocated for movement. The EDW may only be fired during phase 1 of any turn. It will remain in effect for all three phases of that turn. If the beam is fired again at the beginning of the next turn against the same vessel, it will affect any remining systems that were not disrupted during the initial attack.

Reinitializing systems that have been affected by the EDW requires one full turn. Effected systems may not be used or powered during that turn. Any unaffected systems may use any remining power (for example – any weapons that were not armed during the previous turn or the maneuvering systems if no power was allocated to movement.) Any damage to a ship that is attempting to recover from being hit by and EDW will interfere with the recovery process and the ship can not recover it’s power/systems until the following turn.