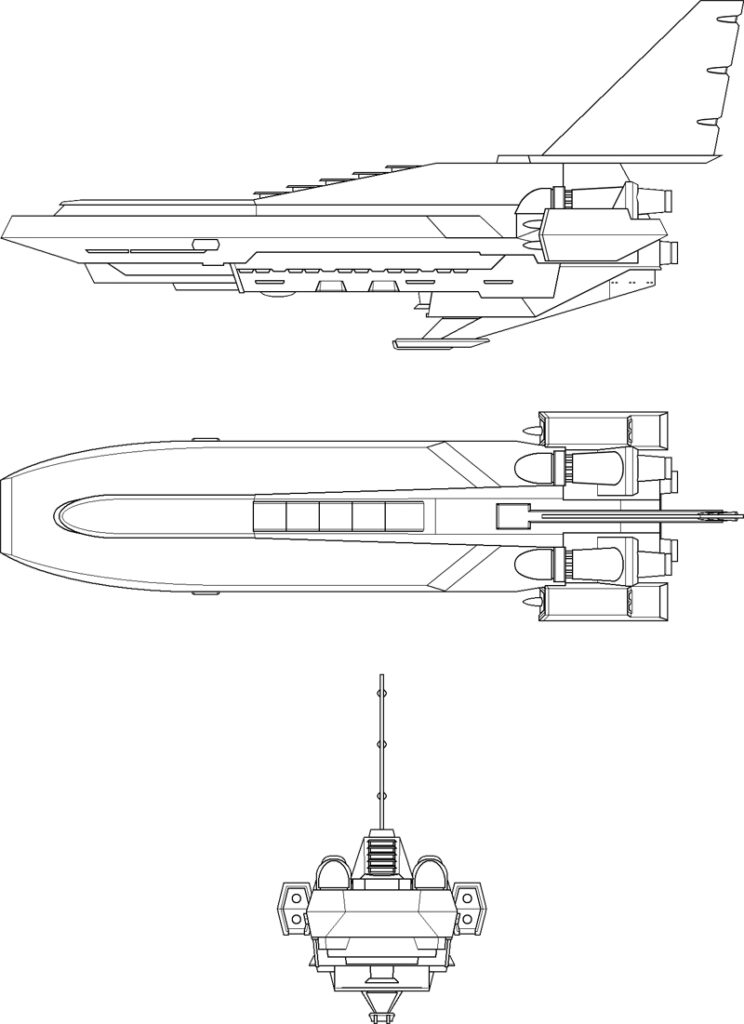 NOTES:
The Darkness class of light blockade runner is so incredibly unnoticeable that it is often included with reports of the Lightening class simply for brevity. Despite it’s similarity to other Orion designs, the Darkness class does have a number of unique features that have made it somewhat popular over the years.

The A-1 model in fact uses the more powerful OWA-2 warp drive. Although less fuel efficient and more costly to build, the OWA-2 drive system does produce 10% more overall power, giving the Darkness a slight advantage over its competition. Armament are also slightly more customized. Unlike its nearest competition, the Lightening class, the Darkness A-1 mounts only three heavy disruptors. This allows the inclusion of three light torpedoes, giving the A-1 a close in punch that made it popular with those operating near Klingon space.

The A-2 model was a significant up-gunning of the main design. The new Mark IIIa computer was installed to ensure ease of swap out. The more powerful OID-1 impulse drive was also installed, giving the A-2 slightly more maneuverability. A bow mounted OD-5 gave the craft extra forward punch, as did the installation of OP-7’s to replace the lighter OP-3. The A-2 quickly became the more popular of the two models, and two dozen orders were soon placed.

Estimated indicate that the 50 or so Darkness’ built over the years have been sold primarily to larger Orion families. A disproportionate number have been sold to interests in the Triangle, where they are used as pirate and escort vessels. A number are believed to have been modified since their original purchase.