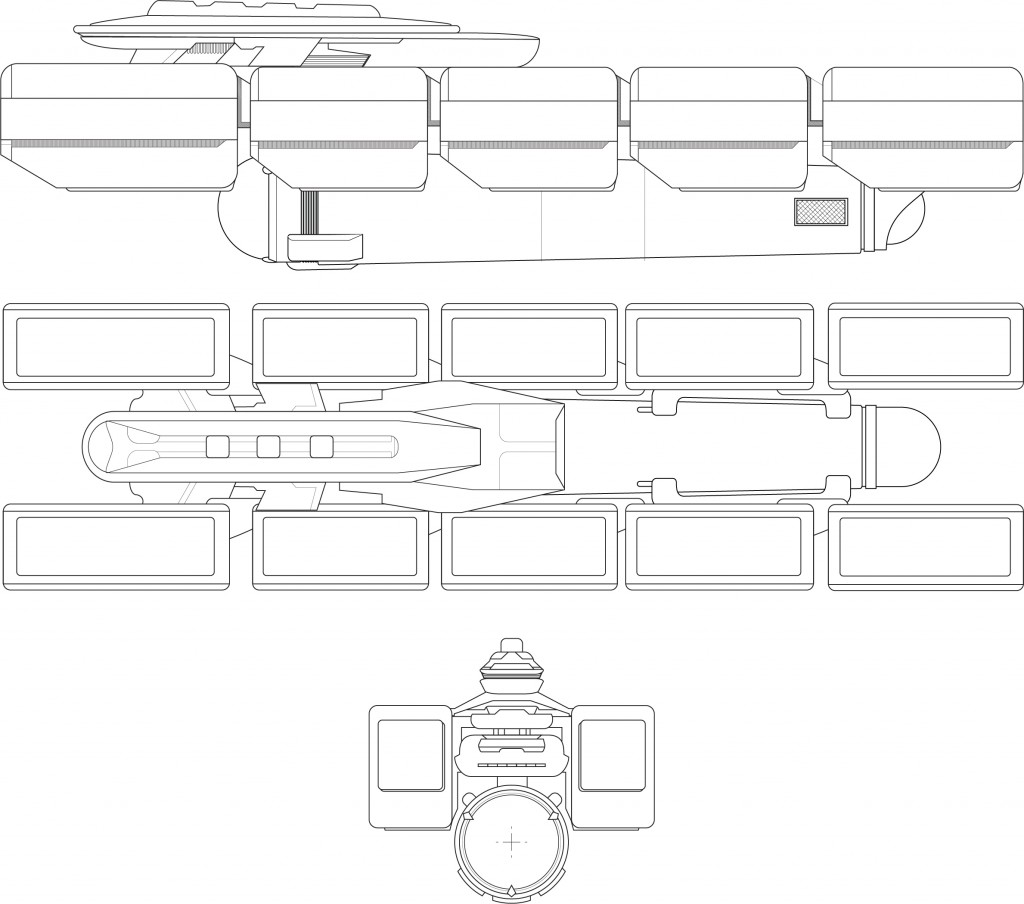 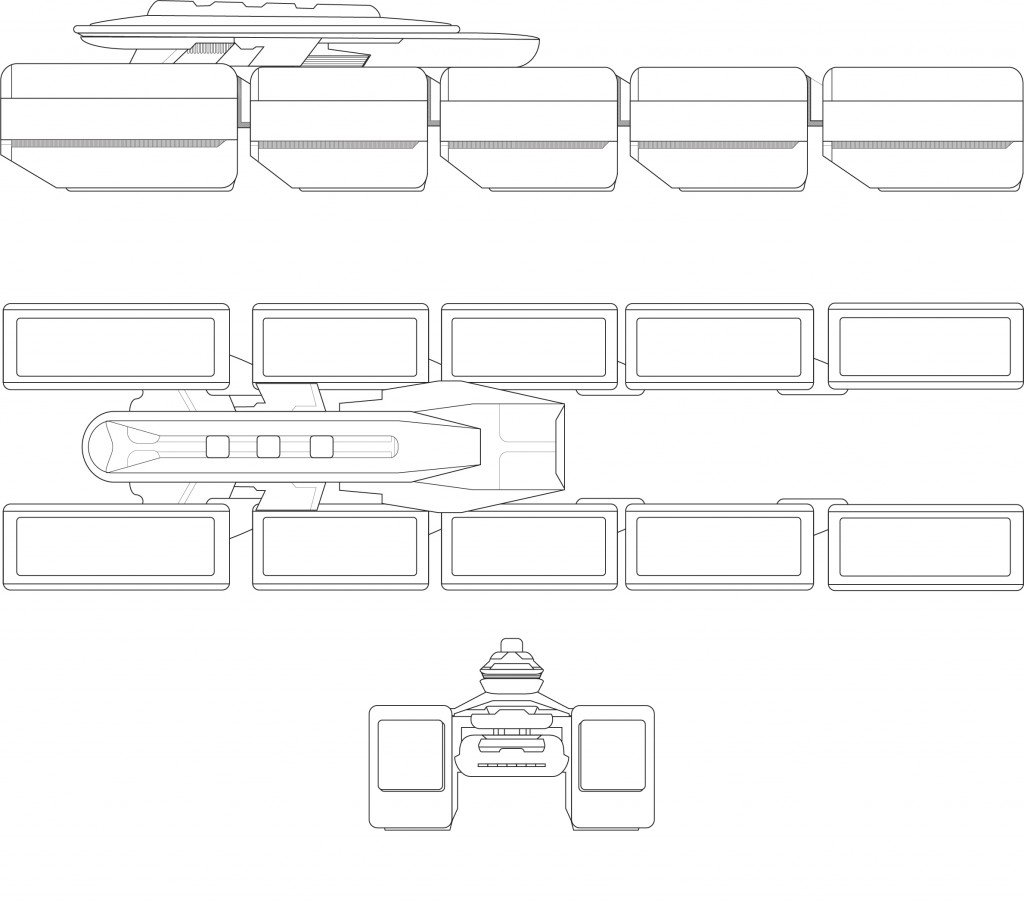 from The Mines of Selks

NOTES:
The Jessup class of ore transport has plied the space lanes for nearly 40 years and has become a staple of mining operations across the Federation and beyond. Built to be simple to operate and maintain, the Class II vessel is designed to be easily modified for a wide variety of uses throughout most industrial star systems. It is one of the most purchased vessels within the Federation, with dozens of larger companies owning fleets of these ships. Yet the Jessup is inexpensive enough that a wide range of independent haulers have also purchased these ships.

The Mk I was designed for short hauls with crew accommodations and deep space capability limited. The Mk I’s cargo containers were not equipped with life support, intended to simply be a large storage area for raw ore and other materials. Most mining operations were designed to quickly gather unrefined ores and minerals and transport them to a refining location. Some older mining operations did have refining capability in-system, and a number of early Mk Is were later modified for some basic life-support capability in the storage area. Most Mk Is, however, were used to transport raw material closer to processing plants. These small ships became a common sight at many Federation shipyards.

By 2253, it was clear that war with the Klingons would soon erupt, with many well aware that the resources of the Federation would most likely be the target of the Empire. In early 2253, The Mk II was launched. With an enlarged impulse drive and more powerful defensive weapons, the Mk II was immediately purchased by those companies whose riskier operations were closer to the Klingon Empire. The Mk II was significantly more expensive, however, and was still limited in its overall range. This reduced demand and far fewer Mk IIs were built than Mk Is.

Following the war, demand quickly grew for a sub-light version of the ore freighter to be developed. A number of refineries and production operations had become mobile. Companies specializing in quick habitat construction became increasingly able to build viable outposts and many worlds that had previously been untenable. Mobile refineries were also being mass produced, allowing the refinement and even construction process to move in-system near mineral rich locations. The Mk III was quickly established as the go-to design to allow large quantity transport of raw or partially refined minerals. The relative inexpensive Mk III meant that those willing to live in mining towns and space stations could easily earn a good living operating these sub-light ferries. The Mk III also became one of the more variants, with some companies replacing one or more cargo pods with refinement equipment. The removal of the warp drive system also allowed addition crew support, making the Mk III (and later Mk V) extremely popular with hired crews.

In late 2265, production of the Mk I and Mk II ended, with production of the Mk IV taking its place. With heavier armaments and improved defensive shielding, the Mk IV was able to defend itself against most would-be “smash and grab” pirates, most of whom hoped to quickly grad a small cargo of raw ore and sell it, often back to the very company whose ship they had raided. With the new phaser weapons, this became more difficult for smaller pirate groups who did not want to risk their ships and crew for a relatively low return on investment. Yet the Mk IV was still restricted in it’s operation. Permits to operate the vessels with heavier beam weapons and the cramped quarters, coupled with the short 6 month range of the ship meant that only a handful of companies purchased the Mk IV in large numbers.

In 2269, the final variant of the Jessup was launched. The Mk V was equipped with the lower powered (and less expensive to register) FH-1. The more powerful although less efficient FSE was also installed to increase the overall protection of the MK V. The MK V was also the first Jessup class to have standard life support installed in the cargo areas. An improved transporter system was also installed to entice buyers across the Federation.