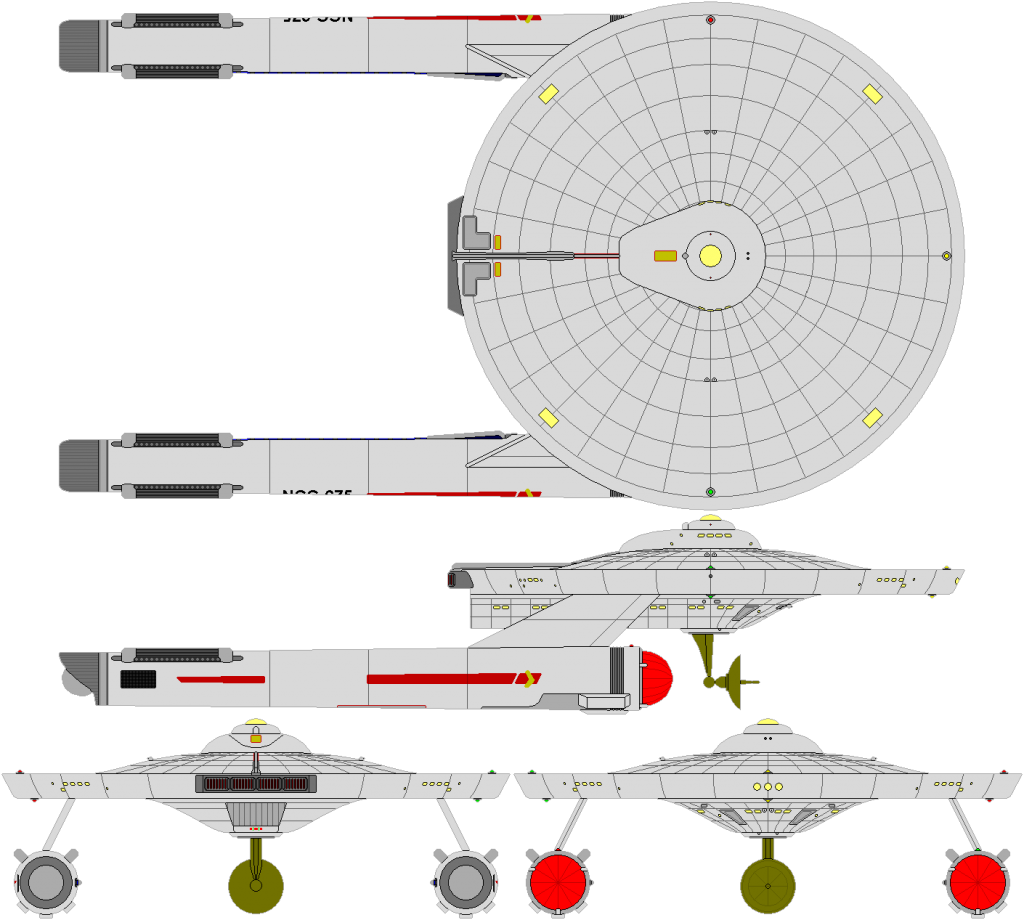 NOTES:
Desperately needed and rushed into the final weeks of the Four-Years War, the Halifax class of frigate would go on to remain one of the most balanced and capable, in not simple designs fielded by the Federation. To ensure sufficient internal volume, the Halifax was designed with an elongated lower hull to house the small shuttle bay. This gave the Halifax excellent internal space to showcase the new powerful and heavy phasers that would make the Halifax a force to reckoned with.

The Halifax’s abilities would go on to influence the upgrades to many vessels after the war. The FH-3 became the go-to long range phaser system for many vessels during the 2260’s. The Halifax conducted several combat engagements in the Triangle which proved the weapon systems ability to engage smaller more maneuverable craft. The Mk I’s maneuverability was also a major factor that field officers found useful for many of the Halifax’s patrol missions. In 2261, the decision was made to install an FIE-2 impulse drive system. Four Mk II’s were launched with this configuration until the fifth hull was also outfitted with larger torpedoes and more efficient shields. The Mk III soon took the lead as the front line version of the vessel. The Mk III saw a number of minor policing actions as well as increased activities with Klingon forces mascaraing as pirates. When the Organian conflict occurred, the Halifax was one of the vessels on the front lines, with four engagements credited to the popular frigate.

Even after the initiation of the fleet upgrade in 2268, the Halifax was refit with standard subsystems and retained its “legacy” look well into the 2270’s. Several Mk IV’s remains in active service to this date.

Of the 19 Halifax built, 1 Mk I has been destroyed. All Mk I’s and Mk III have been refit to Mk IV’s specs. 2 Mk IV’s are currently in service as training ships. The remaining vessels are on active duty. The Halifax was built at the Salazaar and Sol IV facilities.