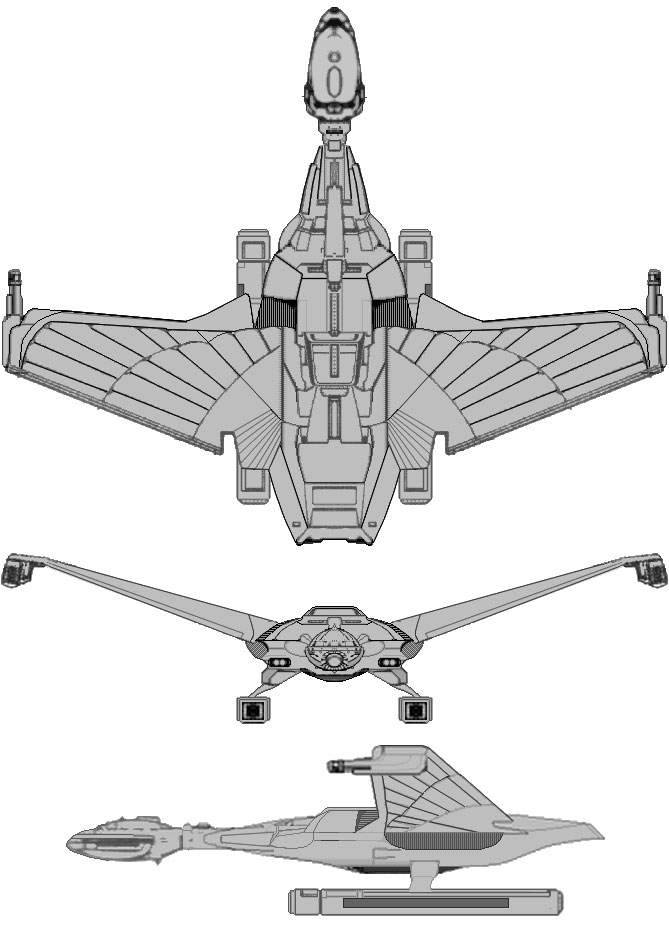 NOTES:
The Bravewind represents an increase in capability of Romulan destroyers. They are mainly being built to augment border squadrons where older destroyers are being used more frequently for convoy escort duty. Along the Klingon Border, some frontline T-10s had reportedly been lost in engagements with Klingon destroyers and even escorts. The Bravewind is the first Romulan destroyer to utilize the RB-9 beam weapon, giving them the ability to hit from longer ranges than any other destroyer in service. That, coupled
with the newer RP-5 torpedoes and trinary shielding, makes them a potential threat to even a capital ship.

In 2290 (2/28), three T-10 Type 1 destroyers were being attacked while escorting a convoy by three Klingon K-27A escorts. At that time, two Bravewind destroyers, that had been traveling cloaked with the convoy, uncloaked and opened fire. The Klingons never stood a chance and lost two ships almost immediately, with the third, a severely damaged K-27, being allowed to escape to spread the news.

Of the approximately 35 Bravewinds built, all are reported to be in active service. Some of these vessels are being assigned to V-30 squadrons along the Triangle Border. The class gets its name from the fabled cold northerly winds (Ragath Mosarum) that blow on Romulus in the winter. It is said that only the brave would dare to venture out in those winds.