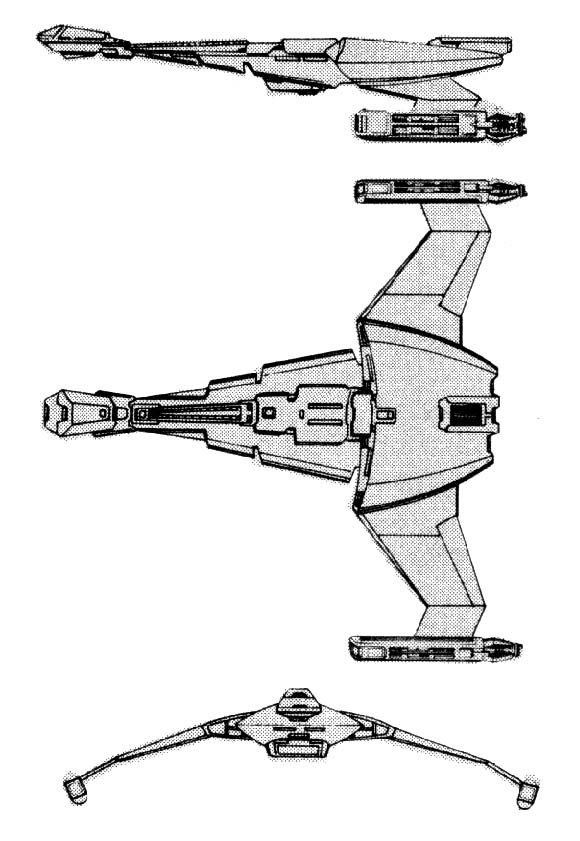 NOTES:
Although these vessels were never been reported along Federation borders, they were used along nearly every other boarder of the Empire. Until the Dominion War, the only contact with one of these vessels had been through Operation Dixie. What is known about their combat capabilities is reflected in the data chart. It should be noted that the K-24 is very maneuverable and has powerful shields. There is insufficient data to suggest that more than one model is in existence. Intelligence reports show that these vessels are being produced at the Fonawl facility and, from there, being assigned to the coreward or spinward areas. A second facility may be located at Gerly, but this is unconfirmed. The class is named from the Klingon kom kades, which translates to “forever the winner”.