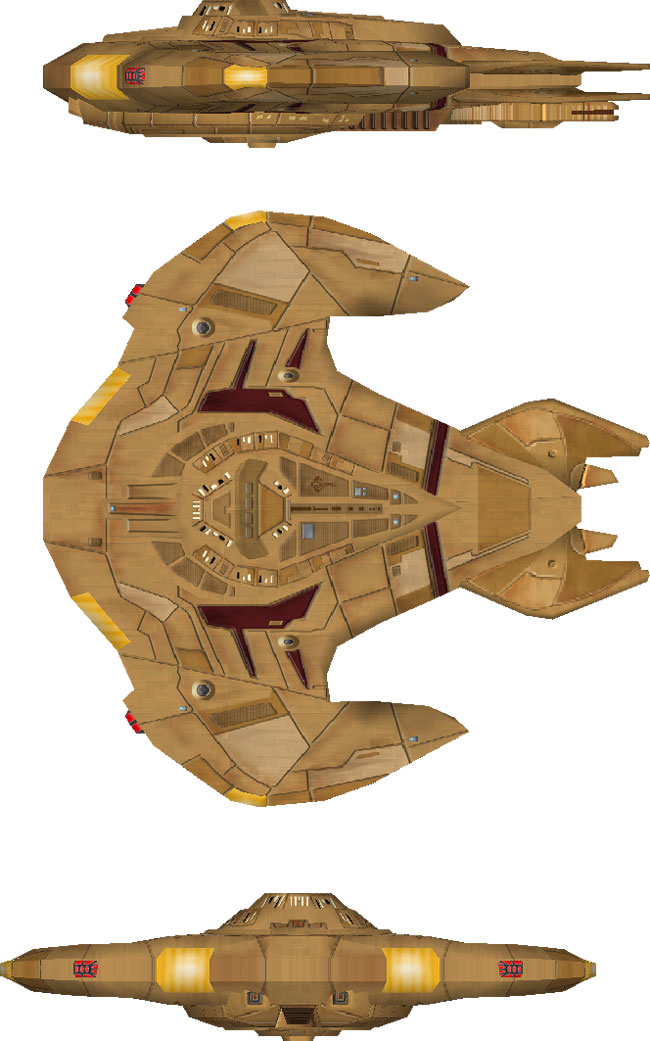 NOTES:
The Bakrus was a design in development by the Cardassians for 3 years prior to their Alliance with the Dominion. Its development was beset by major problems however. For its size the Bakrus was the most powerful vessel the Cardassian engineers had ever attempted and its staggered progress showed their lack of experience with vessels of this scale. Finding systems capable of producing the required power that didn’t stress the infrastructure of the ship was beyond them.

However Vorta technicians helped the Cardassians modify their warp core designs and within months a stable Bakrus prototype was ready. Outperforming the Galor on all fronts and a much better value than the Keldon it became increasingly common on the front lines. As with most Cardassians designs it does focus on the forward arc and is vulnerable to maneuverable vessels.

The end of the war and the massive destruction of the Cardassian home world brought production of the Bakrus class to a halt. Four of the six launched hulls remain in active service, with one additional hull remaining in a partial state of completion.