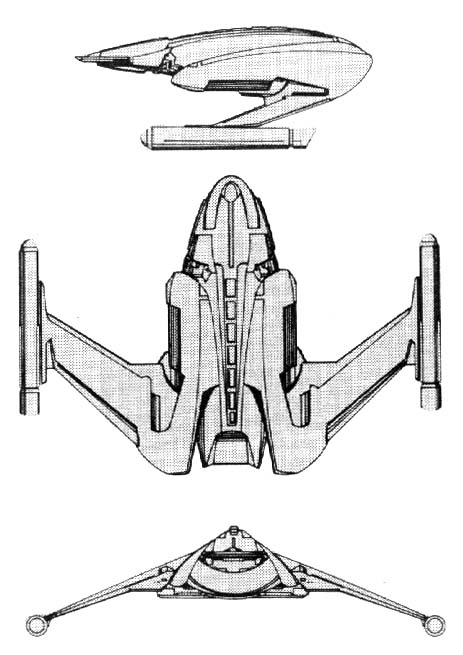 NOTES:
The V-5 Class, apparently brought into service to supplement the V-2 Class, combined the need for a military vessel with that of a research vessel. Though it reportedly was quite capable for combat roles in which the V-2 was a failure, it filled its research roles less well. The Type-1 mounted an impressive array of disruptors with very good fields of fire. The Type-2, introduced in 2257, saw the removal of the forward firing disruptors in favor of a bow-mounted plasma weapon, but this version did not prove to be as combat efficient as the earlier model and was never reported in any great numbers.

Of the approximately 80 built, about 50 are assigned to reserve fleets. Several were used as training vessels well into the 2290’s, and eight are reported to be in use as private research vessels or cruisers.

The class is named from the Romulan ralaaram ocala (fire from the sky), in reference to its military capabilities.