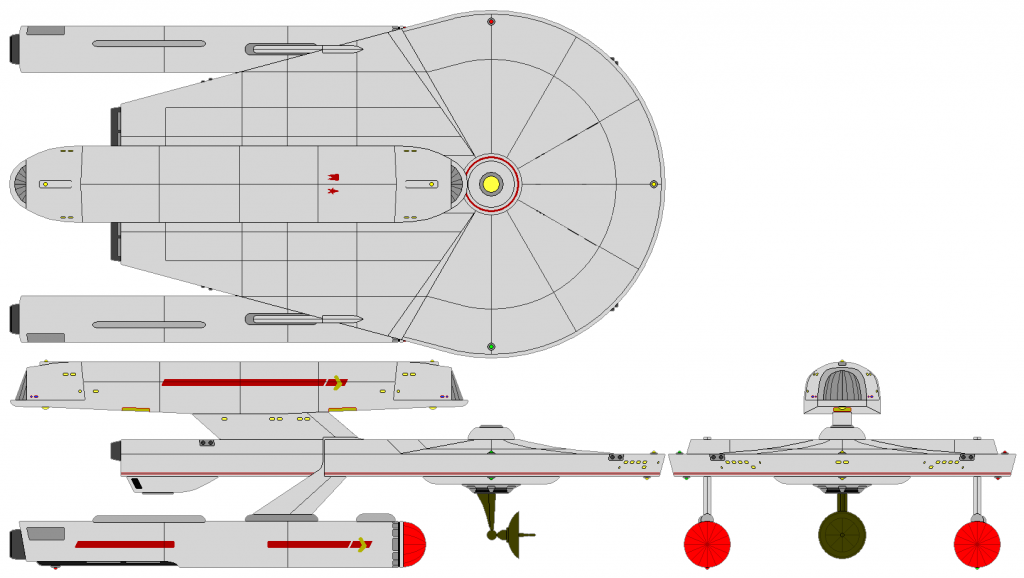 NOTES:
The Timmerman was one of several carrier designed fielded after the end of the Four-Years Was to address problems discovered during the conflict. It was believed that the design would allow for the primary shuttle pod to be disconnected from the main ship and left at a repair facility, while a new pod was fitted and the ship returned to active duty. The design proved less than ideal in real-world conditions, and the initial order for 30 Timmerman class vessels was reduced to 10 by 2262.

Never the less, the Timmerman was a capable platform. More powerful than most vessels of the time, the Timmerman was roomy and comfortable for crew and visitors alike. The ships focus on it’s carrier role did reduce the overall science and exploration facility found aboard. It was soon discovered that the Timmerman required a command vessel during non-combat operations. The vessels command-and-control component for it’s “air” operations also proved underwhelming and the M-3 computer system was soon taxed when trying to coordinate extra shuttle operations.

The Timmerman served for over 20 years, eventually being removed from primary service in 2278. Of the 10 built, only one was destroyed during operations again pirates near the Triangle. The remaining 9 are scheduled to be scrapped in 2290. The Timemrman was built at the Morena and Salazaar shipyards.