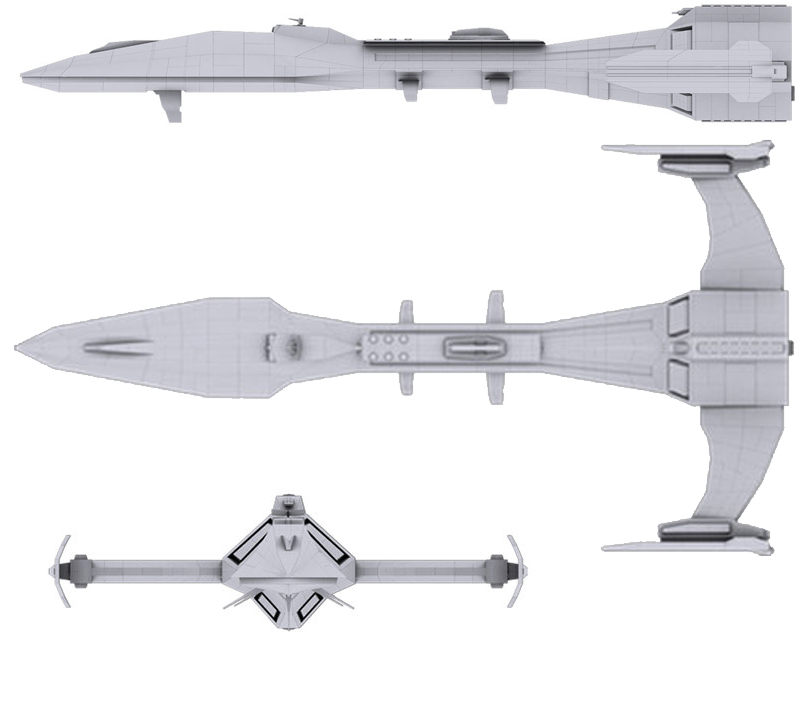 NOTES:
Designed as a light support craft, the Astraeus has become little better than a tramp freighter to most who purchase the large vessel. First launched in 2264, the Astraeus A-1 was marketed as an easily modified fast scout sized vessel. Astraeus Industries, who would soon be out of business, contracted for over 300 of these light vessels to be used as a fleet of armed transports specializing in valuable cargoes and passengers. The A-1 was in fact fit with three 2-person comfortable berths, designed to house executives or nobility and their “escorts”. Two small cargo holds were also incorporated, including a forward 2 SCU for crew and passengers, and a 5 SCU aft hold for unique cargoes.

The A-1 model mounted a powerful OD-7 forward. This mid-range high powered disruptor gave the A-1 notable firepower, and a number of corporations and families took notice. Within 2 years of its initial launch, the Astraeus was in contract for nearly 100 new vessels. But the A-1 had proved little better than the large Lightenings when encountering either Klingon or Federation patrol vessels. The majority of the A-1 models built remained in use by Orion corporations rather than privateers. Sales slumped until the A-2 was proposed.

The A-2 improved the power of the craft at the cost of maneuverability. The decision to mount two OD-4s made the A-2 far more popular with “independent” merchants. The A-2 had few other internal changes and several A-1’s were scheduled for upgrade. The A-2 became an inexpensive pirate escort, able to provide cover for larger operations. Pirates master soon learned that the Astraeus had just enough firepower to force escorts into a chase situation on larger fleet engagements.

However, the claims that the Astraeus could easily be modified proved less than accurate. Most of the internal systems were too rigid to allow major modifications. The primary warp coils also proved unable to handle stresses beyond their original tolerances, restricting the original hull mass to the Class II range. By 2274, orders had ceased for the A-1 and A-2 models, and by 2276, Astraeus Industries had gone bankrupt.

Of the 234 built, a significant portions are believed to still be in general use. It is known that 11 A-1’s and 6 A-2’s have been destroyed over the years. Specifics concerning the remainder of these vessels are tenuous at best, as is often the case with Orion designs. None the less, at least 20 A-1’s are registered and operate within Federation space.