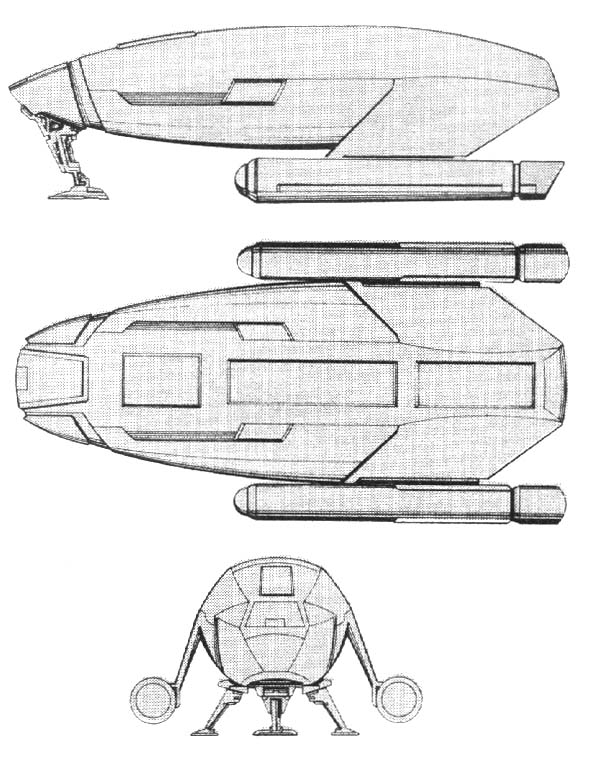 NOTES:
The H-5 warp shuttle, one of the most common types found in the Romulan Empire, is used to transport passengers and act as a courier. Although its exterior dimensions would make it seem to have a roomy interior, it really is very cramped because of its large cargo bay. Its small crew and passenger quarters reportedly make the ship unpopular with travelers and crews alike; when it is used as a courier, the crew are said to occupy the unused staterooms. Named for an early explorer of Romulus, this craft perpetuates the tradition that adventurers and explorers neither live nor travel in comfort. Because of Romulan need to conserve resources, and because it is unnecessary to maintain an armament systems for vessels that are only exposed to the hazards of the border areas for only a brief period, these ships are unarmed.

The Type-3 appears to have completely replaced the Type 1s within the fleet, but some Type 1s still remain in reserve fleets. The newer model has a more powerful warp engine and impulse engine, making operation of the ship more efficient. The Type 2 appears to have been a failure.