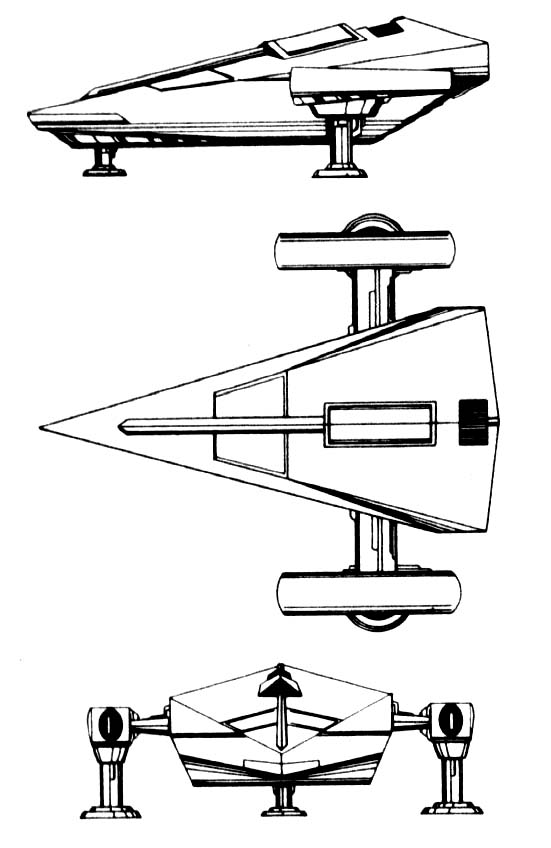 NOTES:
The Argon is a sturdy freighter. The ship’s designers decided that merchants didn’t want to pay for fancy curves, but were instead interested in cargo space. That philosophy had paid off, as over 900 Argons have been produced. The top deck is bridge, living quarters, transporters and recreation lounge. The lower deck is actually three decks high and can be partitioned off to the owner’s tastes.
Of the 934 built, 135 Mk Is and 147 Mk IIs are in service with Star Fleet. At last count, approximately 140 Mk Is and 380 Mk IIs are in private hands. The rest are listed as lost, destroed, or stolen.