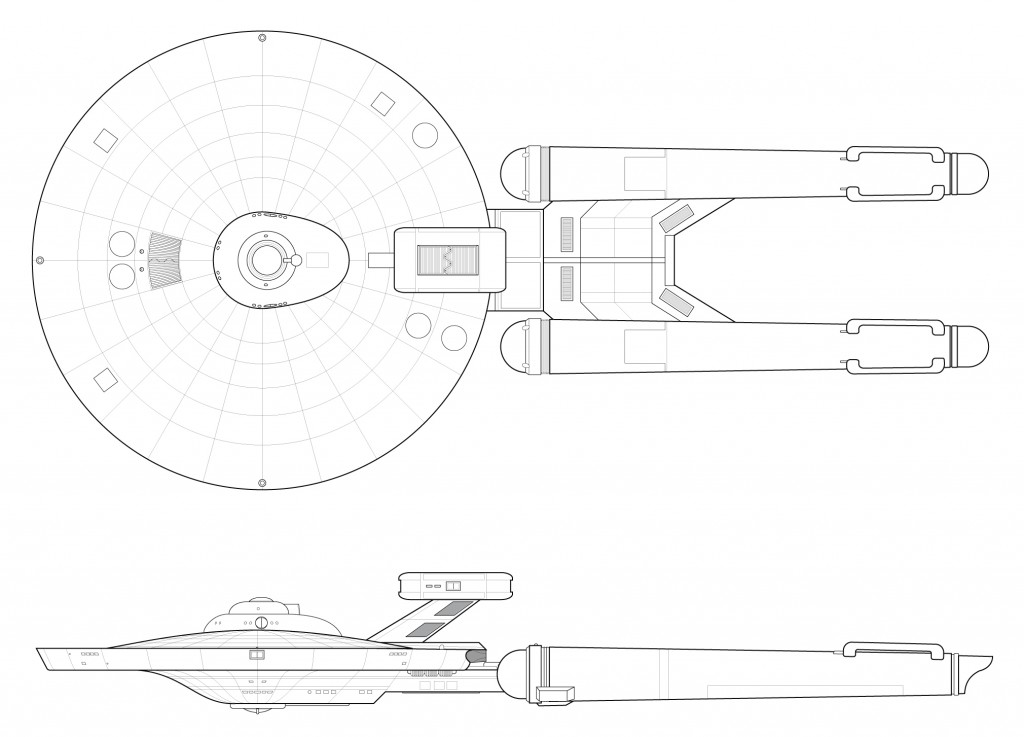 NOTES:
The Wizard class ships were designed in response to the need for a test vessel for use with new engine and weapons systems. These ships are of modular design in the engineering and weaponry area so that different types of systems can be installed and tested.

Due to this unique ability, this class of vessel enabled field tests of systems without using and risking ships of the line. The Wizard class has an advanced computer control systems that allows the ship to be flown either on a program or through the use of the Prefix Code. During any sort of testing operations, this class is escorted by a fully armed and capable vessel.

Some of the successes that can be attributed to this class of ship include the testing and certifying of the FH-10 and FH-11 phaser units as well as the FP-5 and FP-6 photon torpedoes. A variety of different warp engines have been tested aboard Wizard class ships and these engines can now be found of many Federation line vessels.

The most recent success was the testing of the experimental Transwarp Engine systems tested aboard the USS Gandalf in later 2268. While Federation attempts at a viable Transwarp drive eventually proved unattainable, the data obtained from the Gandalf did lead to significant improvements in warp drive technology, eventually leading the the introduction of third-generation warp field coils.

The Wizards class has had several failures, though. On Stardate 6251.9, the USS Oz was totally destroyed when an experimental weapons system overloaded the ship’s warp field. Fortunately the ship was being operated by the on-board computer such that no lives were lost.

The other more well known accident with this class involved the USS Sparrowhawk which was destroyed during the functional testing of a Federation built cloaking device..

The Wizard class ships are classified as Experimental, hence their “NX” prefix instead of the “NCC” as with most Federation ships of this type. During times of emergency, this class vessel can be mounted with any once bank of existing weapon system and with up to two warp engines of no more than 50,000 mt each. Beyond that size, only one engine can be mounted in the bay area of the vessel.

The The Wizard class is one of those ships from “Jaynz” that was a great idea, a nifty look – and sadly – full of errors. The largest error was the size. There was simply no way the ship was the dimensions that were printed (180 m long, 32 m wide, 22 m high.) Graphically, the ship was 1 x .45 x .1. If you went with the 180 m long, you ship would be 180 x 83 x 18. This would seem to be an awful small ships to be testing engine nacelles that are anywhere from 150 m to 200 m long. Not to mention, the hull look (whether TOS or TMP – more later) simply didn’t fit. Long story short – I decided to use the width of the top hull as my base and change the overall size to fit. This however lead to problem number 2 – what era is it from. The stated FASA launch data for this class is 2/06 – and no matter what math you use, this is WELL before the relaunch of the Enterprise class with the new TMP look…in fact – it’s in what would be the early TOS era… You could fudge and say it’s the design that was eventually used, but I figured it just needed a retro look. And finally, the original stats were created before the 2nd edition construction rules…and those rules changed a few things that affected the design. In the end, I decided to redraw the ship with a more standard look from the classic era. I embellished a little – added some “bay” doors for loading equipment and material. Added some ejection ports; that kind of thing. All-in-all I think the new look really captured what was originally intended. She’s a lot larger – almost 100 meters longer, 40 meters wider and 10 meters taller – but the new dimensions seem to fit better.