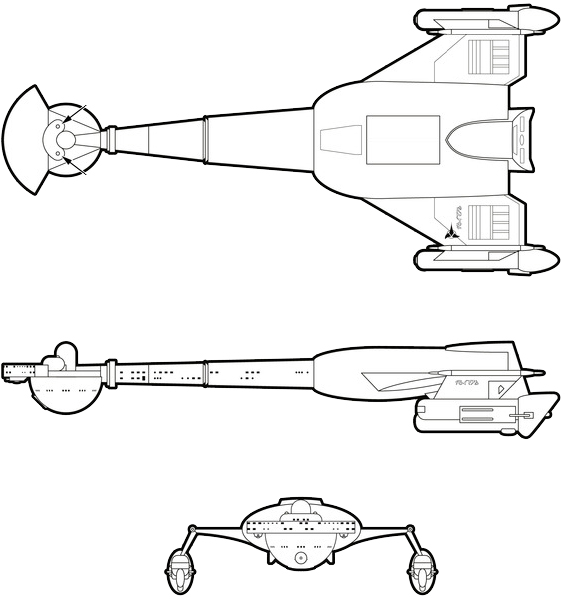 Known sphere Of Operation:  Empire-wide Use
Data Reliability:  A for “A” model, C for “B” model
Major Data Source:  A Model in Star Fleet Possession

NOTES:
The D-37 was a powerful, deadly and capable attack platform that was a favorite among front line destroyer commanders for years. Unlike many other vessels of the day, the D-37 pushed the envelope of Klingon design, producing a heavy destroyer that was the equal of (and often surpassed) many other more main-stream designs.

The basic design of the D-37 followed the standardized Klingon ship lines found on many popular combat vessels, but opted for a more utilitarian and simplistic look over the more menacing appearance of other front line ships. The D-37a was fielded with no less than 8 disruptor banks as well as the first models of the 2nd generation KP-1. This updated version of the far older KP-1 helped improve antimatter handling and damage focusing. Unfortunately, this version of the KP-1 still showed tenancies to loose tracking and speed during combat operation.