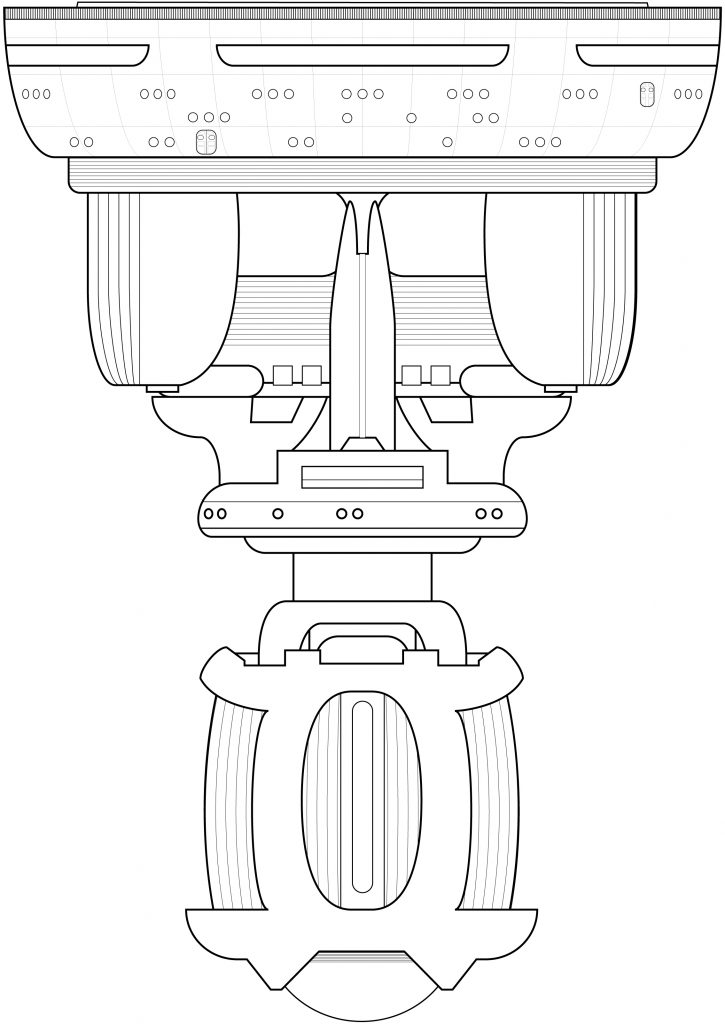 NOTES:
One of the smallest and most basic stations ever fielded by the Star Empire, the X-9 is often considered little more than a manned combat satellite, yet is found through out the Empire and along nearly every border and in most inhabited systems. The X-9 is little more than a trip-wire station designed to detect movement and fleet deployment while serving as additional firepower support for larger stations.

X-9s are rarely deployed alone, instead being deployed in support of X-3s, X-5 and F-2 stations. One year service is compulsory for all Star Navy personnel who wish to advance in rank. Fortunately for most naval personnel, service aboard these small stations rarely lasts longer than a single year.

The capabilities of the X-9 are underwhelming to say the least. The stations have very limited self-repair capability, often having to rely on support vessels should a major system malfunction. Despite its size, crew quarters are Spartan, with no recreation facility to speak of nor any medical facilities on board. Many crew take turns resting on-board shuttles to ensure some privacy. The main operation center is also cramped in comparison to other stations, with many of the large screens displaying surrounding space to reduce the feeling of claustrophobia.

As an observation post, though, the X-9 is extensively equipped with multiple highly sensitive sensors and excellent communication equipment. The X-9 is also tied into long-range sensor satellites and probes throughout the region.

The X-9 is capable of a vigorous defense against a light to medium opponent, but can not defend itself against a large opponent. Many X-9s are part of a large defense installation with multiple other X-9s and larger outposts able to help defend an individual outpost. Those that are not part of a large chain must rely on in-system craft or near-by patrols for defense. Most deep-space X-9s have a cruiser specifically assigned to their area which can respond within two hours to a significant threat. With the X-9’s sensors, this if believed to be sufficient for the majority of situations.

Currently, some 800 X-9s remain in active service, with nearly all Type-1s and Type-3s being converted to the Type-4 configuration. It is estimated that 30 to 50 have been sold to various entities in the Triangle to help entrench the Romulans in that region. One report indicated that 5 of these stations are in service with the IKS, although this has yet to be confirmed.

Further unsubstantiated rumors indicate that a cloaked version of these stations may be in operation. Because they do not generate a warp field or anti-matter signature, such a base could theoretically be towed under cloak and remain undetected for long periods of time.

Production of the X-9 has slowed significantly, possible due to the stations reduced capability. However, the X-9 is produced at every major Romulan shipyard at an estimated combined rate of 15 per year. The stations name is believed to be in reference to the stations primary mission.