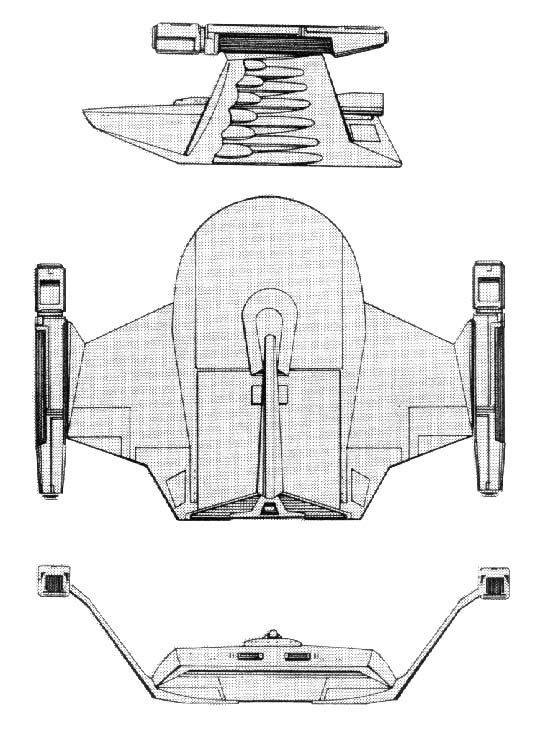 NOTES:
Introduced about Stardate 1/98, the Type-1 was considered to be state-of-the-art in freighter design at the time but it was soon realized that it was underpowered for the cargo it could carry in its internal cargo bays. The Type 3, introduced about Stardate 2/0801, mounted a more powerful drive system that was capable of maintaining higher warp speeds. There was a trade-off in this increased performance and that was the slight loss of maneuverability and available shielding. By Stardate 2/12, all Type-1s in the Military and Exploration Divisions were refitted to Type-3s. Of the approximately 250 built, only about 150 remain in active service; about 60 each are assigned to the Colonization and Military Divisions, and about 30 to the Exploration Division.

Although the navy has stopped contracting for the Type-1, it is still in production and being sold to the civil sector. The current production rate for the navy is estimated to be 10 Type-3s per year and for the civil sector a total of about 15 per year, of which ten are Type 3s and five are Type-1s. Like other Romulan commercial vessels, some of these ships are owned and operated within the Triangle.

The class is named for the graffler, an amphibian native to Perhonies. These small creatures have pouches that line their undersides and have an uncanny flap device that allows them to carry food and young underwater without becoming wet.