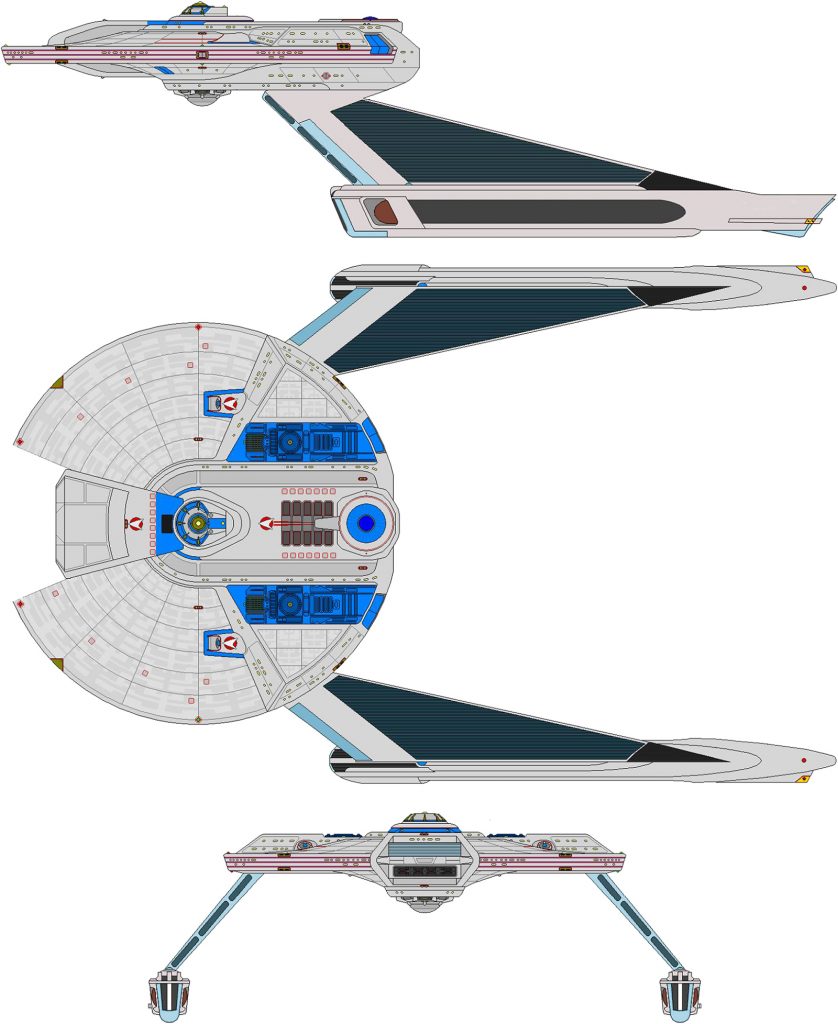 NOTES:
A total of 110 Anders were built between 2292 and 2313 at a sustained rate of 5 per year. 1 Mk I was destroyed and 1 Mk I was scrapped during the waning years of the First Tzenkethi War. 108 MK Is were converted to Mk IIs. Of those, 6 were destroyed and 4 were scrapped. 10 older refits were assigned to the Reserve Fleet and 88 were converted to Mk IIIs. 47 Mk III are in active service. 14 have been destroyed and 21 have been scrapped after combat during the Dominion War. 1 was destroyed during the shot Klingon-Federation war prior to the Dominion War. 5 are currently used as training vessels.