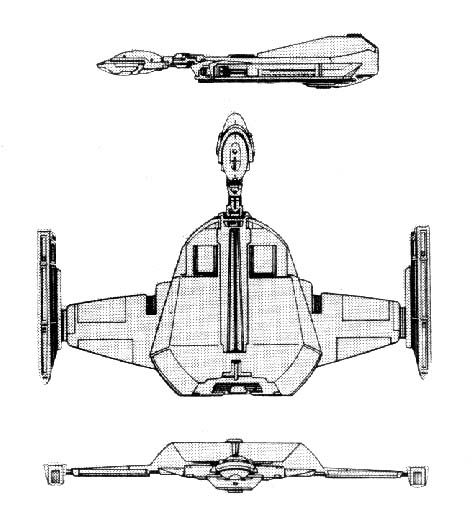 NOTES:
The V-20 Type-1 was introduced about Stardate 2/18, with the Type-2 brought into service about a year later. The differences between the two are in the missile weapon types and the shields, as well as in the superstructure strength.

The vessel is reputed to be roomy, by Romulan standards. Because the interior of the ship is compartmented for combat, the vessel’s survivability is much greater in case of a hull rupture or interior fires.

All the approximately 70 vessels built are in active service. Reports reveal that ten of both types are being manufactured per year, which recent rapid build-up has alarmed both the Klingons and UFP.

The class is named from the RomuIan galan stelri (seeker of stars), in reference to its mission in the Exploration Division.