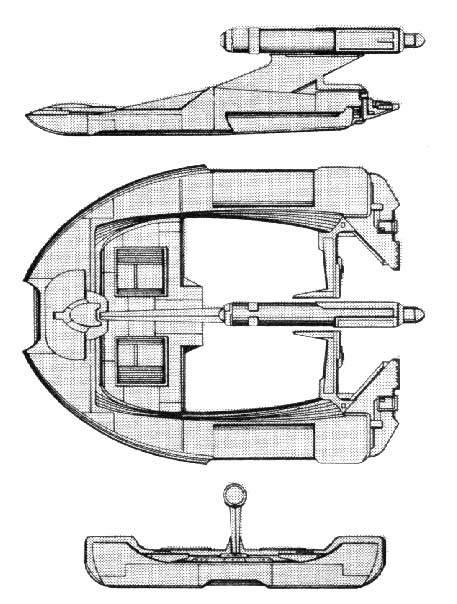 NOTES:
The J-8, which tows cargo pods similar to but smaller than those towed by the J-3, entered service about Stardate 2/00 and has not been changed or modified since. Of the approximately 200 ships built for the navy, more than 160 remain in service.

This vessel has been so successful that the manufacturer began placing them in the civil sector shortly after their introduction, and they are probably the most common small transport vessels built by the Romulans to date. It is estimated that over 250 ships of this type have been manufactured and sold to private industry. Several of these are known to be owned and operated out of the Triangle. With current production capacity estimated at 15 per year for the navy and 20 per year for the civil sector, these ships will be a common sight for many years to come.

The class takes its name from Moorabbin, a well-known trade center on Gorwah.