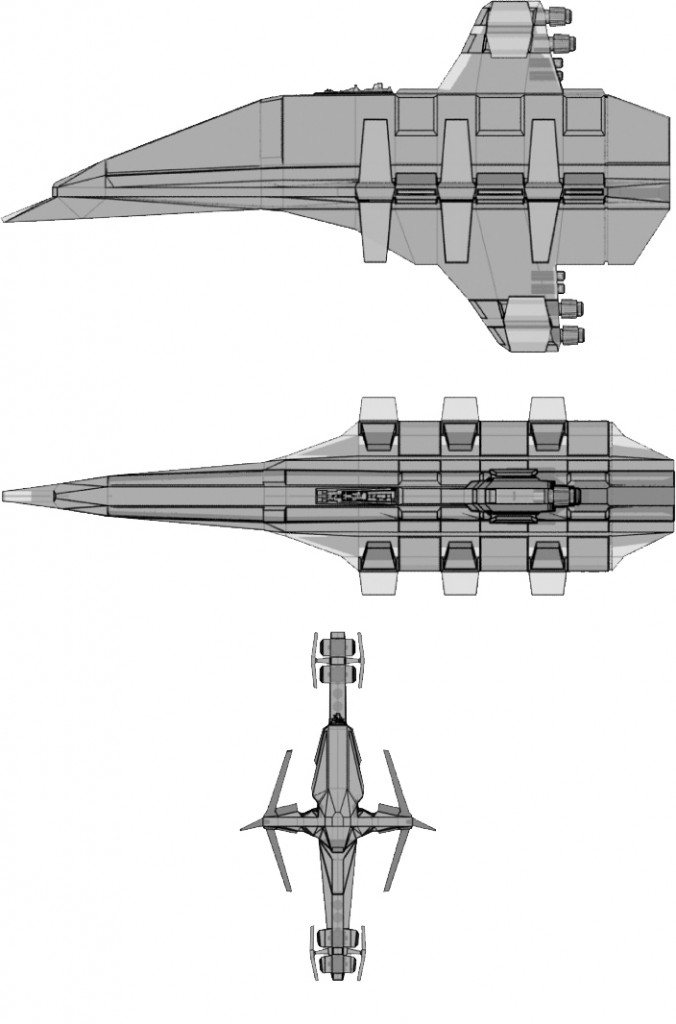 Known sphere Of Operation: Open Space
Data Reliability: B for A-1 and A-2 models.
Major Data Source: Orion Sector Intelligence

NOTES:
The Corporation class of exploration and exploitation vessel has proven to be a surprisingly capable command vessel for a number of corporate entities. Specifically designed to allow variable cargoes and extensive communication, the Corporation class has become a something of a cruise ship design. Palatial suites are found throughout the vessel, with multiple entertainment halls and extensive meeting rooms not uncommon. The Corporation class mounts a number of communication arrays allowing negotiators the ability to contact their corporate headquarters quickly. Extensive transporter facilities also allow for swift transfer of cargoes and personnel when needed.

The A-1 model was designed to be a faster, if less powerful version of the floating corporate headquarters. Armed with six light disruptors, the A-1 retain the medium torpedo and powerful shields that allow it to operate as a support vessel while in transit with other freight vessels. The A-2 model is significantly more powerful, if slower. Heavier disruptors make it a more popular model in the seedier areas of the galaxy.

While neither model is a warship, both are well defended and able to drive off most light to medium pirate vessels. The ability of the Corporation class to act as a command ship or flag vessel also allows the ships to coordinate multiple ships should the need arise.

Unbelievably, the Corporation class is one of the only native Orion designs that have been accurately tracked over the years. A total of 40 have been built, including 23 A-1’s and 17 A-2’s. Only one A-1 has been lost in during a raid by Klingons in the triangle. One A-2 was sold to the Romulan; its disposition remain unknown. Production of the Corporation class has ended, although the design is still open for construction. Elements from Comstock are reported to be interested in building four of these vessels.