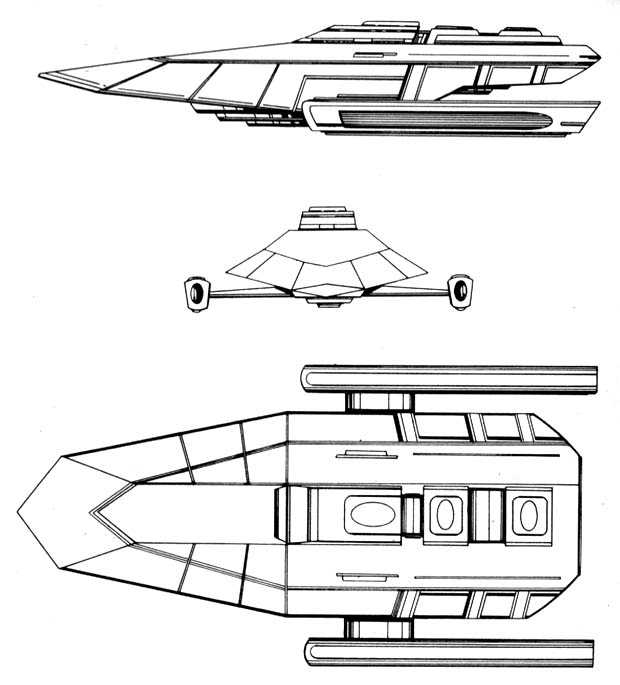 from Trader Captains’ and Merchant Princes

NOTES:
The Mk II version is a robot freighter and requires and M-1 computer for the extra control. The Mk I version has a personnel pod attached, but has the simpler M-1A computer installed. There is no provision for shuttle storage in the ship, but a shuttle landing pad is provided, with in-space transfer through a flexible airlock tunnel.

Only 254 of the 1,046 Nilron ships have been built for crew use. Star Fleet does not own any of the Nilron class vessels. Approximately 730 of the robot version Mk IIs are still in service, mostly in the fleets of major trading companies. Only about 210 of the Mk I manned versions are still in operating condition.