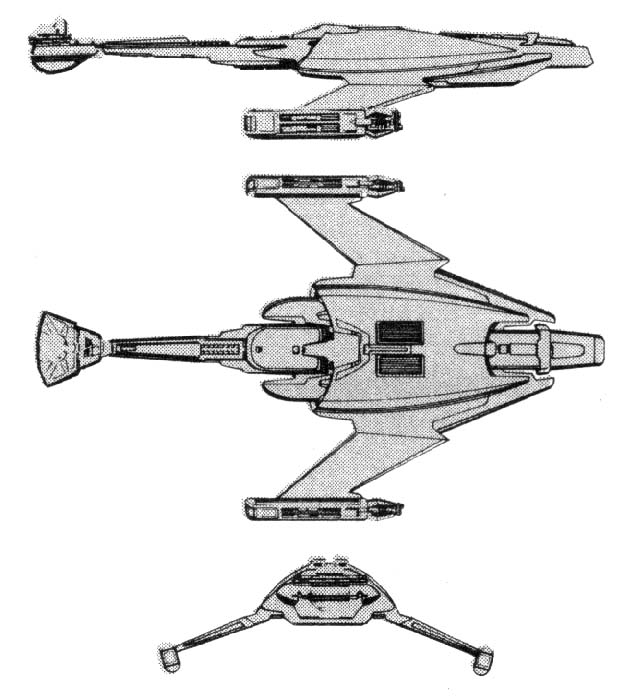 The T-3B was an upgrade to the A model and remained in service until 2318. Of the 286 converted, 1 is listed as missing, 41 have been destroyed, 29 have been scrapped, 38 have been sold to the civil sector, 175 are in reserve fleets, and 2 are in service to ranking families in the empire.

The class is named from the Klingon d’aka, an obvious reference to its function.