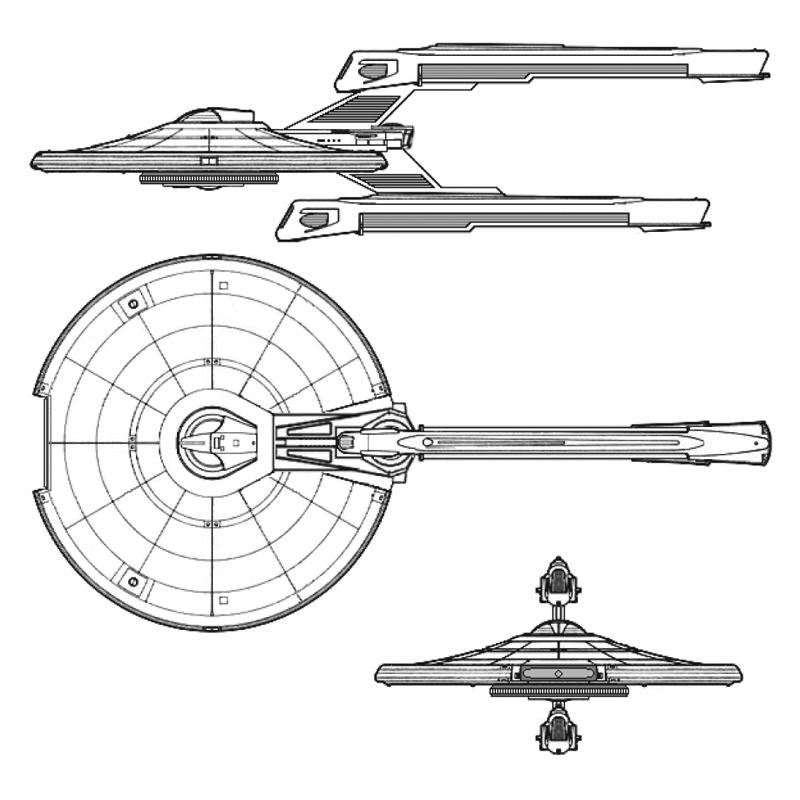 NOTES:
Shortly after the Genesis Incident, Starfleet had to answer two very important questions as a result of the Federation Council investigation. First, how had a Klingon ship penetrated so deeply into UFP territory without being discovered and second, how do we prevent this from happening again. The first question was easily answered since the Klingon ship was captured with the database intact. The former commander knew Starfleet’s weaknesses in the sensor net system and took advantage of that. In an effort to prevent this from happening again, Starfleet begin a major sensor upgrade program to include a new cloaked ship detector sensor system to be mounted in a new scout design. As a result of this effort, the Kagemusha class scout was born.

During the testing phase of the new sensor system in 2288, it was decided to divert one of the uncompleted Harakawa class destroyer escort hulls to a Starfleet research facility in orbit around Cait. The ship spent the next few months being modified with the new sensor system along with some minor structural changes to add more room for crew and storage. In early 2289 the new USS Kagemusha was ready for testing. During the next 6 months she performed exceptionally well and passed all testing phases. She proved herself well during tests against several cloaked ships that were provided by Starfleet Intelligence. After completion of her trails and evaluation of the data, it was decided to begin full production of the class.

Most of the Kagemusha class ships are assigned patrol duties along the Federation borders with the Klingons, Romulans, Orions and Triangle. In this role they were able to detect and stop many possible incursions into the Federation. When assigned into fleet forces, they provide valuable sensor data to the fleet in addition to the primary duty of cloaked ship detection.