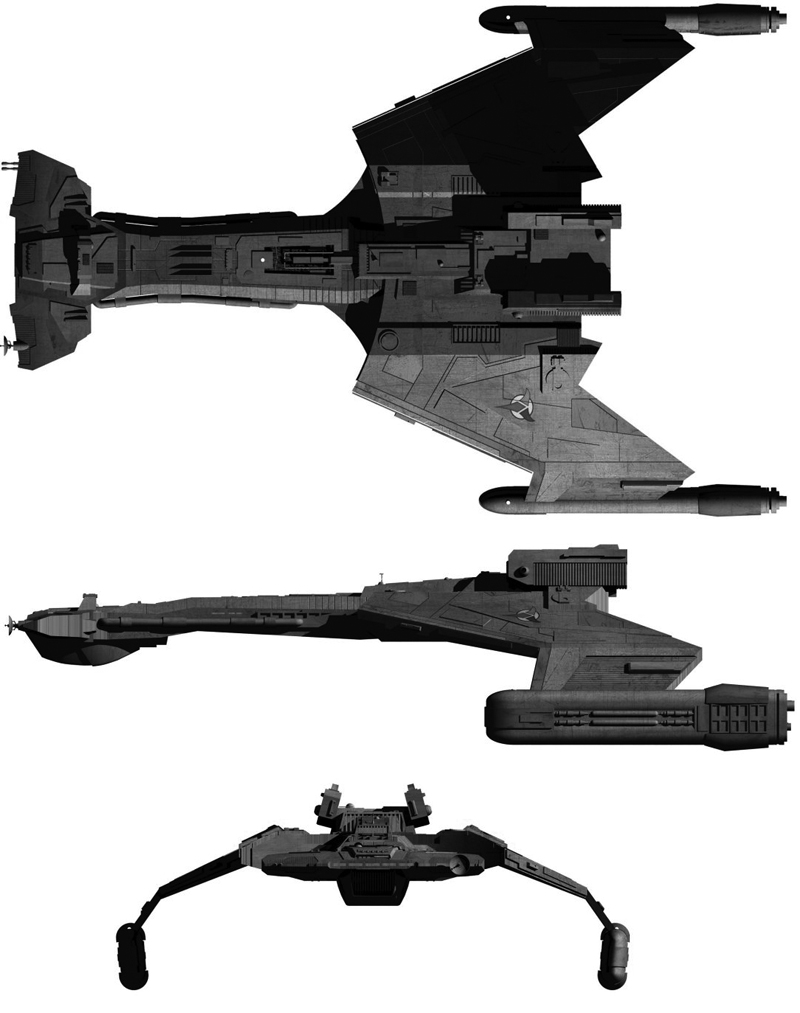 NOTES:
The D-63 was produced at the Quronos shipyard at a peak production rate of 6 per year. Of the 64 A models built, 3 have been destroyed, 7 have been scrapped, 2 have been captured (one by Romulan forces and 1 by Cardassian forces.), 20 have been disarmed as sold (6 to the Naussicans, 4 to interests in the Triangle and 10 to Bolian traders), 11 have been traded to the AOFM, 11 are in reserve fleets and 10 have been refit to C models. Of the 20 C models fielded (10 new builds and 10 refits), 1 was destroyed, 1 was scrapped, 4 have been sold to private interests in the Triangle, 2 are in reserve fleets and 2 are in the service of Ranking Klingon families. 10 were converted to D models. 1 D has been scrapped and 9 are in reserve fleet.
The D-63 derives it name from a large predatory mammal found in the Southerner hemisphere of Quronos. It’s wide, flat head houses several sensory organs it uses when hunting deep-forest Bregits. The Hammerhead Hunter can be tough to kill due to it’s hardened hide and spiked shoulders.