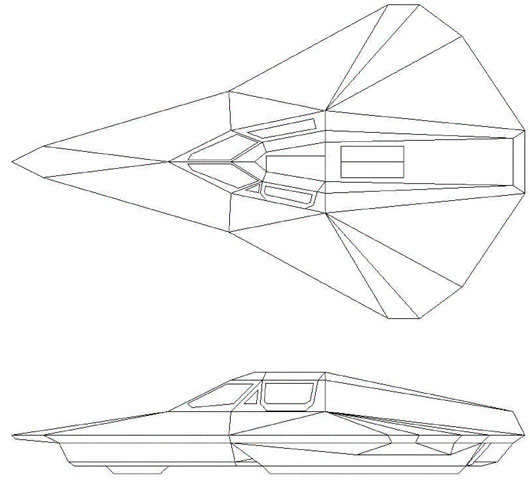 NOTES:
The A-2 class attack craft were developed at the same time as the A-1 Tal Shiara class intelligence ships so serve as small advance scouts and to assist in defense and offense of the A-1. The A-2 has had weapons improvements through the years to keep its punch high while keeping the over all weight as low as possible. These ships are only used in conjunction with the A-1 due to the lack of life support systems as these craft are not pressurized but an environmental suit is needed for ships operation. The term attack craft is used to confuse people if talk about said craft is over heard.