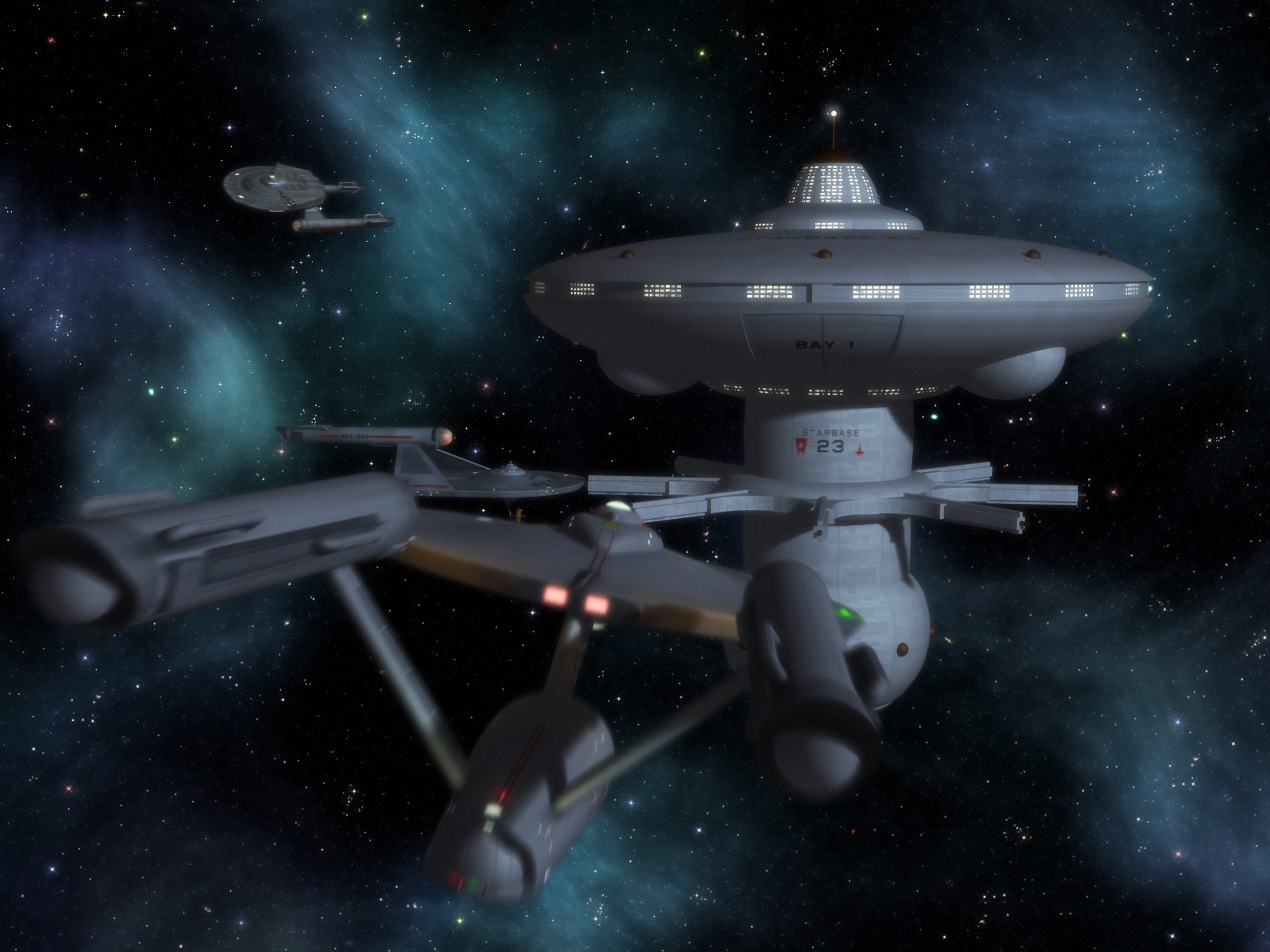 OK – I kinda like this style of update. That way if you’re not a “blog” reader, you get RIGHT too the new stuff – and if you are, you’ll know what the post is about.

So , as always, I’m behind as F*&# on ALL my projects – which include (but are not limited too) the Ship Construction Manuals, the re-print/updating of the Federation Ship Recognition Manual as well as the publishing of the FSRM III and FSRM V…the re-do on the Klingon SRM and Romulan SRM as well as KSRM II, RSRM II, yada yada….to day NOTHING of re-doing ALL the Ship Recognition HTML pages for the web site. There are ship histories to wright, new graphics to draw – MAN! The list goes on and on.

Anyways – enough enticing with things that have taken WAY too long to complete…on to the new stuff.

So – STATIONS! Ah space stations – so peaceful, so majestic, so – unnecessary? Well – of course not – but let me take a moment to explain where I think stations fall into the FASA ship universe.

Anyone who’s played or refereed a game knows that most stations (like freighters or unarmed transports) fall generally into two main categories – super-powerful unassailable death dealing machines or paltry easily smashed plot points. (The majority are the latter!) It’s of course difficult to use stations in a general game as they are unable to move – they essentially become a static assault point. And in the case of large stations, it takes a major assault by dozens of heavy cruisers and battleships to destroy one. So what we’re trying to do is make stations something a little more than just a major obstacle or minor inconvenience.

As you look over the stations we’ve made so far (and the ones to come in the near future) you should notice that they all have very different combat capabilities – giving referees a wider range of possibilities for their game.